Relatively early start from Bwlch primarily to allow plenty of time to get to Holyhead with breaks for food and drinks. Team captain Paul Prosser, fellow Wales 30+ B team member Kevin Pettit and Graham Lee Green (holidaymaker) all in the van.  The two Husqvarna’s, my 1970 Hallman and Kevin’s 1972 450 were in the trailer, along with lots of spares and tools. Some fuel and the gas were also loaded up. My other bolt up Husqvarna was making the trip with Dai Walker and contingent, who were also travelling up and aiming to be on the same ferry.

As with events of this nature actually getting the van is a relief as it means you move from planning to actually doing. For Paul is particular it had been pretty stressful with lots of phone calls and some last minute changes to sort out. Geoff Taylor’s CZ had snapped a lay shaft and various rider injuries and ailments were cause for concern. Then there is the politics of who’s in the team and more significantly who’s not. The last minute additional of a Welsh B Team was good as it gives a rare opportunity for some riders to take part, but also created some issues with selection. 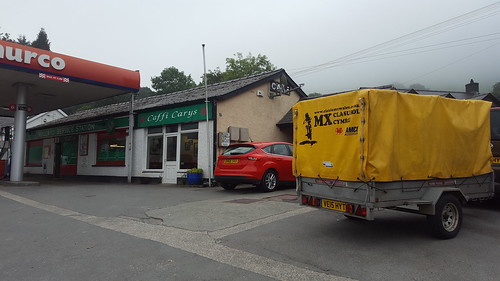 First stop for breakfast in Mallwyd. Stopped here on my Cambrian Way walk and good place for a fry up and the 4.99 breakfast did the job. The Walker clan were heading up the A470 behind us, somewhere between Rhayader and Newtown so we took our time but still no sign when we left. Quick stop in Dolgellau to collect cash and have a near collision with a taxi. Made it Holyhead with an hour to spare so stopped for pints for the passengers and a coffee for the driver

The route up through Wales to Holyhead isn’t quick, but you cannot say it’s not pleasant. No traffic either.
The port queue for the Stena ferry to Dublin had Wales and England team participants ready to go. Due to some miss waving of hands we managed to get the van the holeshot positon off the ferry which would probably the only time we would do it all weekend. 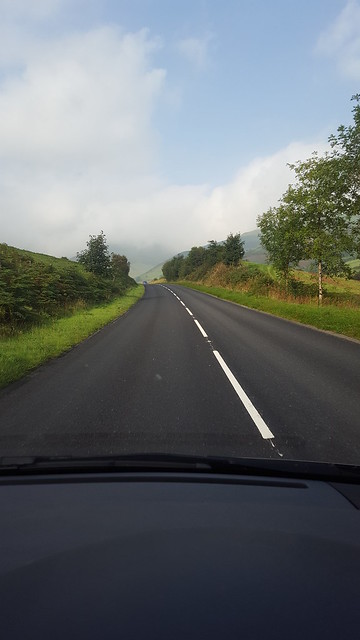 Leaving Dublin port is a race itself as you battle with trucks to get out and through to the north bound M1 as quickly as posssible during rush our traffic. Excellent fun and spent hours getting out of Dublin in rush hour, the 10 euros toll for the tunnel is money well spent.

Easy and straightforward drive north and two hours later we were sitting with fish and chips in Newtonards. One thing you can say about a MX road trip is that the diet can result in cases of scury. Holidaymaker Graham was later seen dropping a lime into the top of a pint of lager as a precaution. 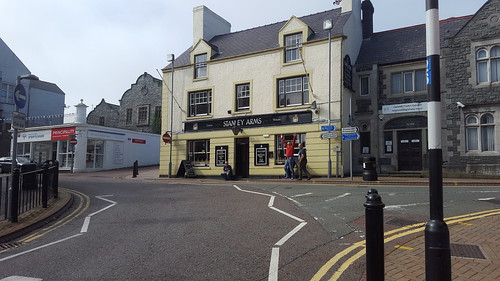 First stop for drinks in Holyhead (coffee for the driver) 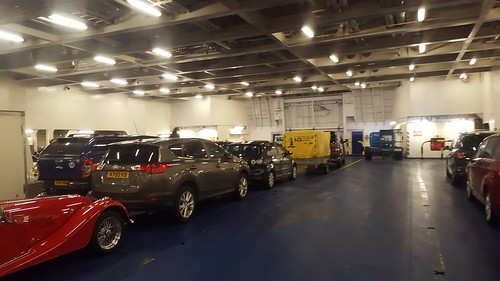 First off the ferry, due to some interesting maneouvering with the van (and having a Premium crossing as being a loyal Stena user) 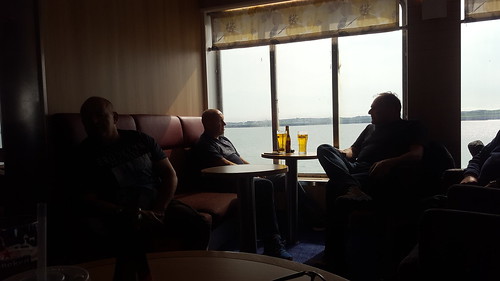 Plenty of good discussion on the ferry, with the team captain (Paul on the right) formulating tactics

A lot of conversation on the way over had been focused on team tactics, fair and slightly dodgy on how we might be able to advance the Welsh position. Buoyed by the confidence that we would already more successful than last year (3rd place in the 70+ class guaranteed as there were only 3 teams), much mulling over on how to improve in other classes. 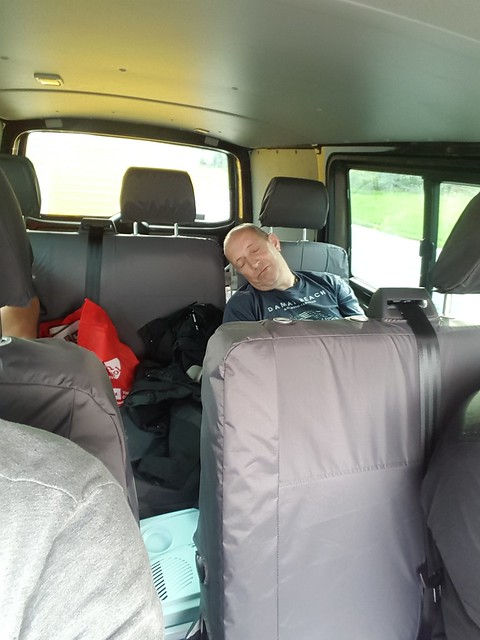 All too much for the holidaymaker. Only his second visit to Ireland (after a day trip to Rosslare as the previous) and he slept through it.

The cottages I’d rented were pleasant enough and after quickly settling in went back into Newtonards for an end of day pint.  Picking one of the more dodgy bars had an interesting discussion with the landlord on power boat racing and the escalating  size of motorhomes at events. 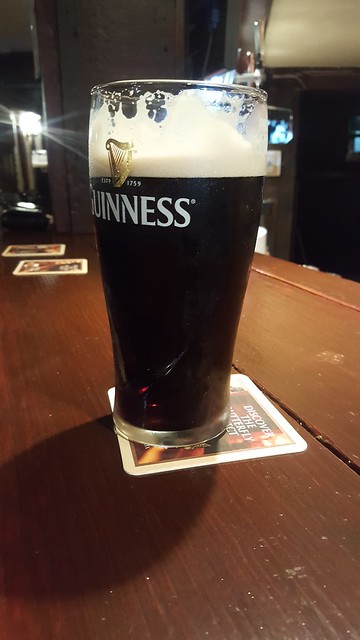 Welcome pint and the end of a long (sometimes stressful) day.